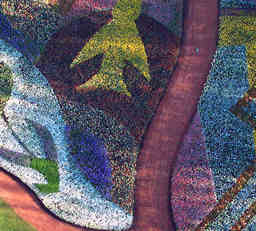 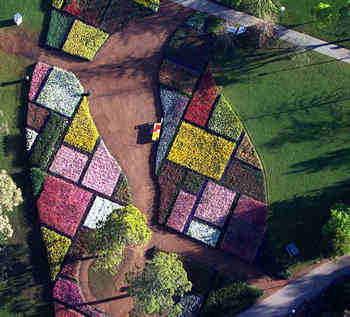 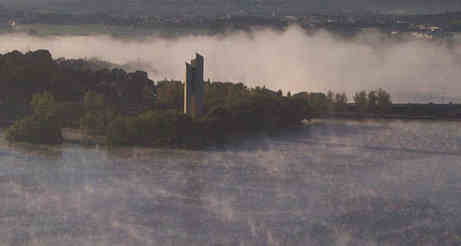 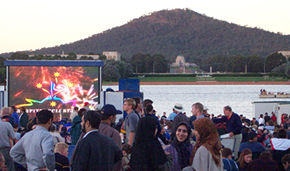 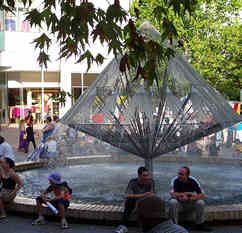 Below: geometry of flowerbeds at Floriade, Canberra.

Canberra's layout was planned from the very beginning, and the international competition to design the Australian national capital was won by Walter Burley Griffin. The lake above is named after him. The festival view at left looks across Lake Burley Griffin towards the Australian War Memorial in the distance, and Mount Ainslie.